Clearly: Anyone renting or buying an apartment or house has access authorisation for this. For this, they need a key. But he's not the only one. Access authorisation may also be granted to other persons: Be it family members, residents of shared apartment, but perhaps also neighbours or friends with a key if you forget your own, possibly even external house visitors with access authorisation. These could be regular cleaning staff working in the household, for example.

Other types of accesses

Homes also have other entrances, such as a underground car park, a garage or even a tool shed. Anyone who has access authorisation here also needs the corresponding key. Here it also must be clarified as to who has or should receive access authorisation.

However, not only directors, owners and employees have access to a company, but also external workers. These include, for example, cleaning staff who clean the building outside of working hours, but also suppliers who could have access to the warehouse in order to store or store goods directly. Access must also be granted to these workers. 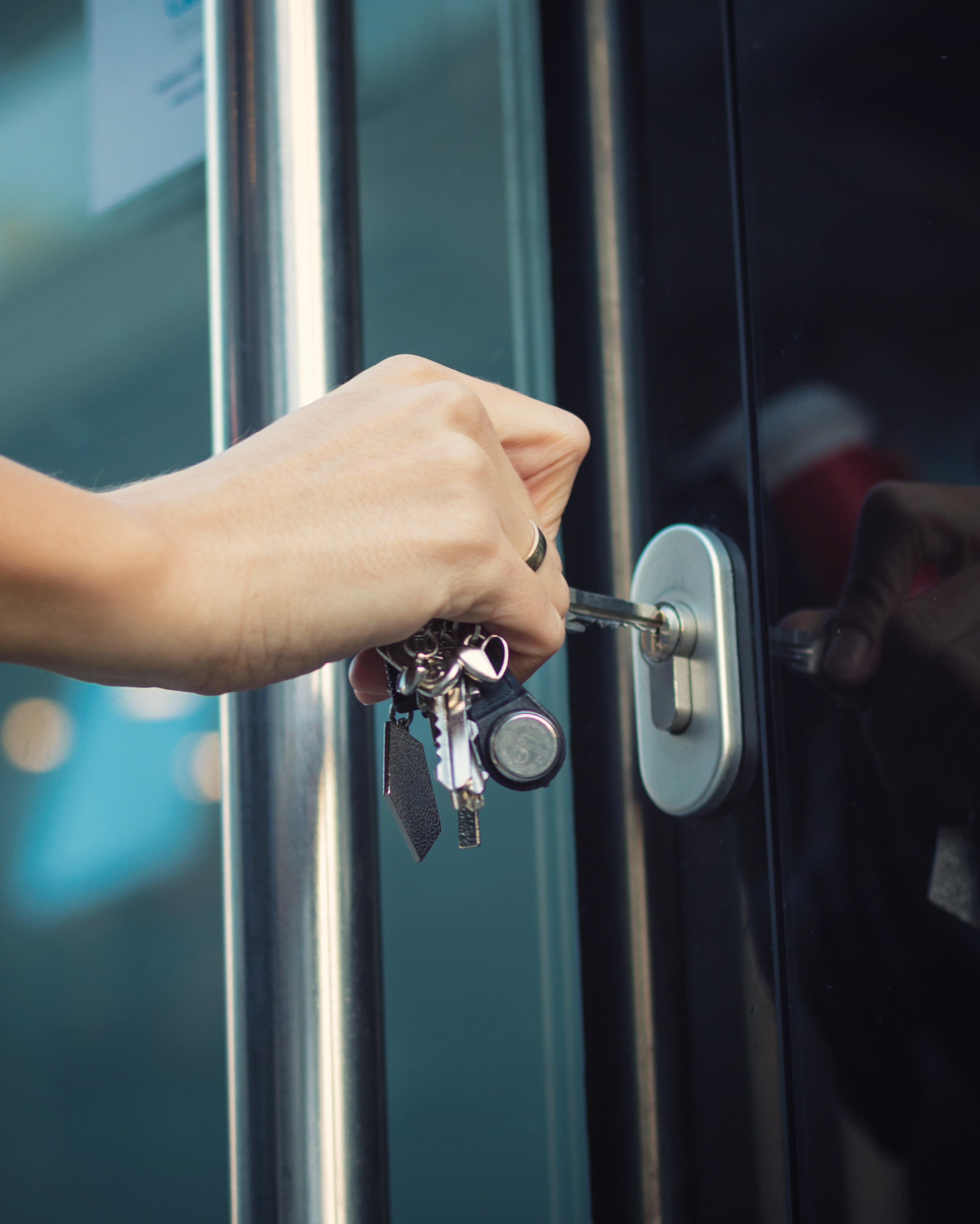 This large number of keys also increases the risk of losing keys – the more keys you carry, the greater the risk of losing one. But whether it's a lot of keys or if you're carrying a few with you (as in the case of private housing): Losing keys is always annoying and costly. The fact that you can no longer enter the premises to which you have access authorisation is just one factor here (as is the fact that the lost key could be found and thus someone can access the property unauthorised). In order to restore security, in the case of analogue keys, cylinders and keys have to be replaced, which means a great deal of effort – as already mentioned, also in terms of costs.

There is a remedy here: Instead of assigning an analogue key, we recommend using a digital locking system. Instead of many keys, you can store all access authorisations in a digital access medium (preferably a transponder), thus avoiding not only a large set of keys, but also many other potential problems.

Advantages of a digital locking system

As already mentioned, all accesses can be stored in one access medium in a digital locking system. Instead of many keys, a transponder, a smart card or similar is sufficient. Apart from not being burdened by an excessive number of keys, it is no longer a problem if a key is lost. In this case, the locking medium can simply be blocked for the system and thus no longer contains any access authorisations.

If you are interested in solving your access authorisations digitally, we recommend an access control system such as SimonsVoss System 3060, with which you benefit from security, convenience and flexibility. Contact us and find out how we can help!