The MobileKey digital double thumb-turn cylinder is suitable for both interiors and exteriors. It features an "Access control" function for time schedules and can log access events. It is powered by a button cell, which is able to open and lock doors up to 300,000 times. There are door cylinders with integrated networking to upgrade the locking system to an online solution.

The MobileKey digital locking cylinder can do almost anything. 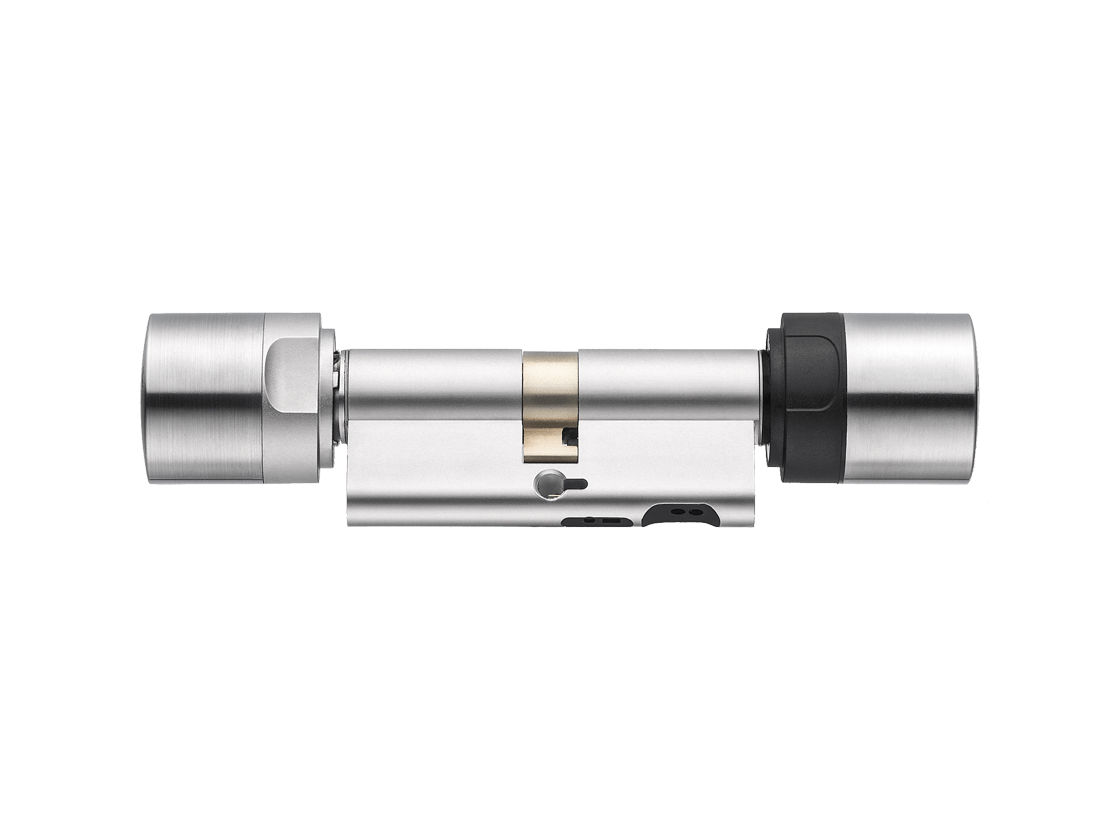 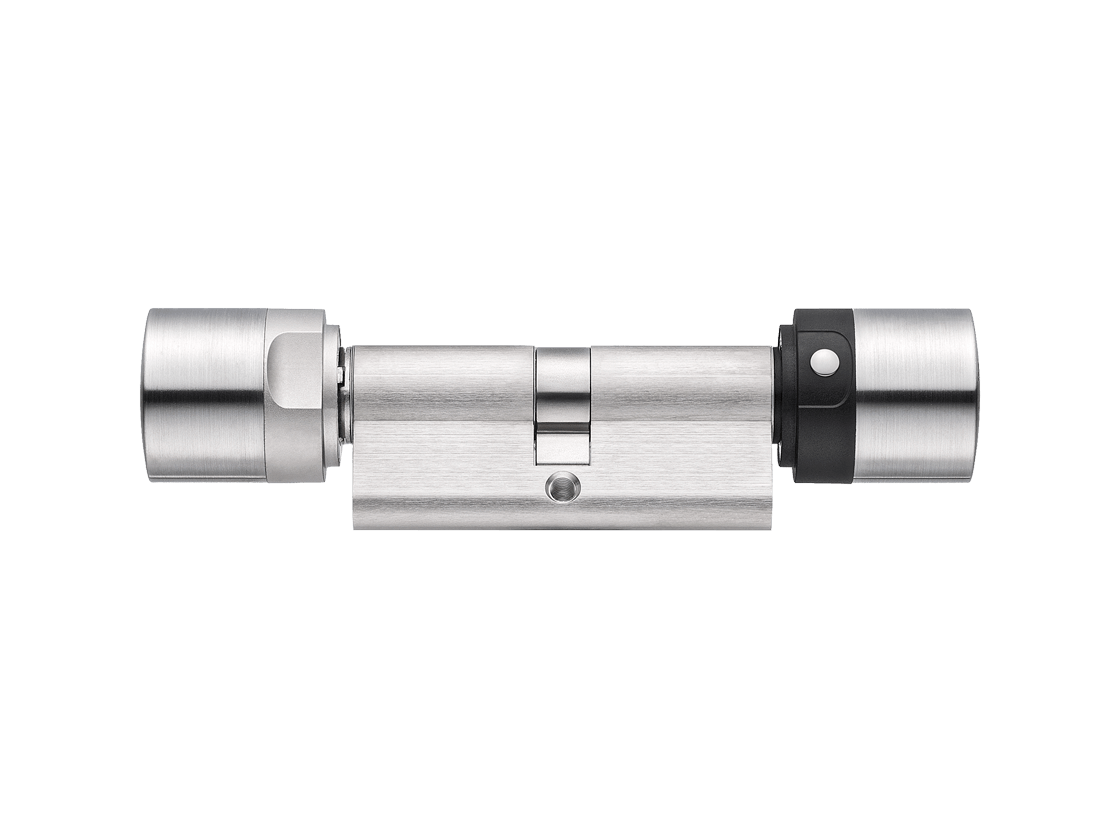 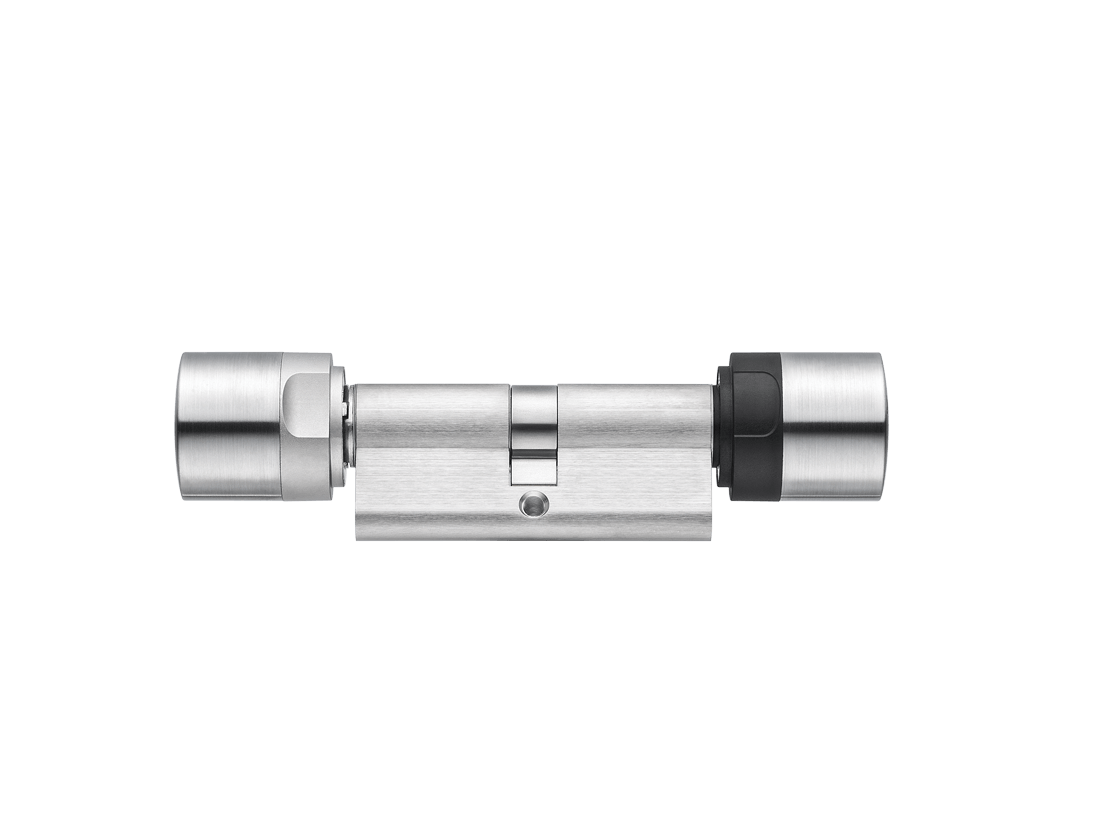 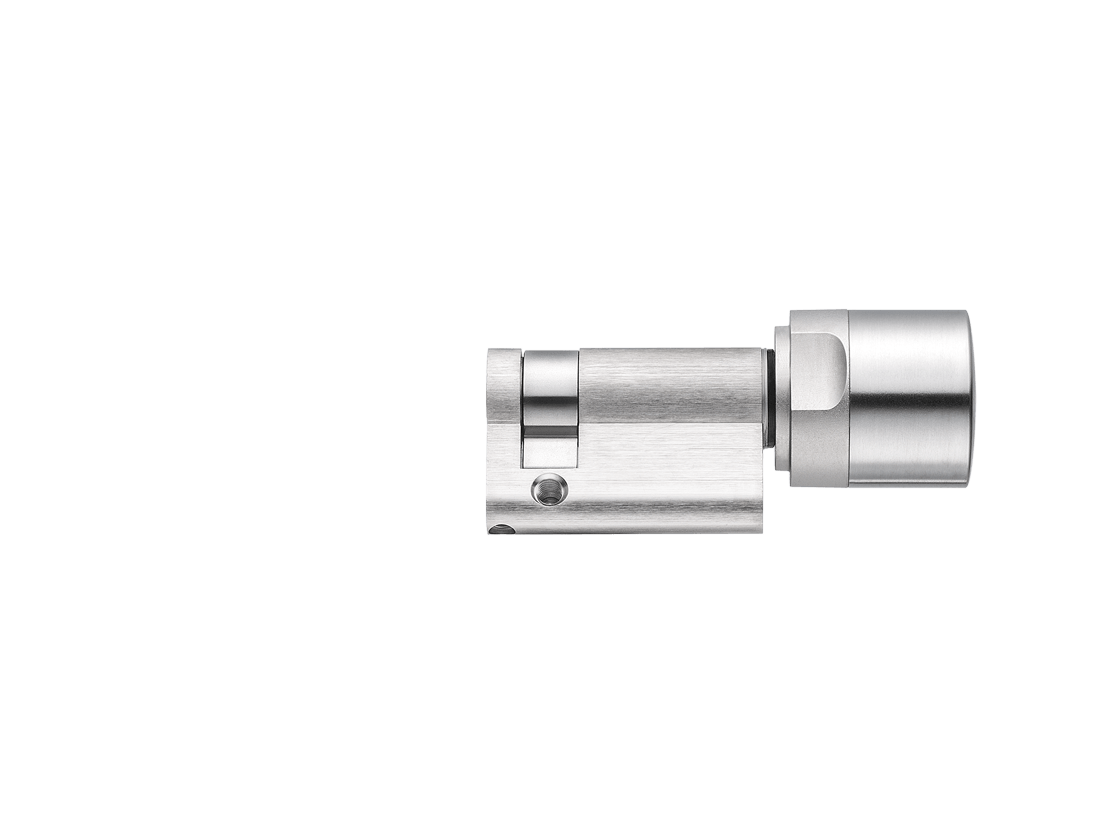 The standard cylinder for a wide variety of applications: Suitable for interior doors on corridors or garden gates since a transponder is always needed to open the door from either side. Access control functions already included.

Cylinder which freely rotates on both sides and can be opened on the inside without a transponder using a button on the thumb-turn.

The anti-panic cylinder has been specially developed for use in anti-panic locks such as those along escape and rescue routes. It is freely rotating on both sides, so that the lock can be locked and released from both sides using an authorised transponder. In a panic situation, however, the door can be opened without a transponder using the anti-panic lock function. It may only be fitted into locks for which it is approved.

One side of the cylinder is permanently engaged for use. This means that doors can be opened from this particular side – normally the inner side – without a transponder. Is often used in office, apartment entrance or building entrance doors.

Our premium cylinder: Besides an access control function, it also provides a compact door monitoring system. Information on door statuses such as door open or closed and attempted break-ins and tampering are recorded using different sensors with one located in the intelligent fastening screw.
Suitable for doors which require extra surveillance, such as main entrance doors and entrances to laboratories or server rooms.

Half cylinder for use in garage doors, cupboards and similar.